Röda Sten Konsthall is very pleased to present the exhibition Sunrise, simulation by the Amsterdam based design, research and film studio Metahaven.

The exhibition is comprised of an evocative two-channel film installation work Hometown (2018) and a new series of artworks in poster format.

Hometown, filmed in Beirut and Kiev, is a hypnotic cinematic work, narrated in Arabic and Russian by its two young protagonists Ghina Abboud and Lera Luchenko. In an era of information overload and a fact-checking frenzy dominating the public debate, Metahaven has created a city of revolving doors and mirroring walls, where technology, fiction and animation merge in a multi-sensorial realm; everything is called into question. Hometown is a visual essay that reminds us that poetry and fiction are an indispensable source of knowledge in a world bewitched by the relentless pursuit of authenticity and truth.

In addition to the film installation, Metahaven has also produced a new series of artworks in poster format for the exhibition. Placed in the city center and outside the major bus terminal in Gothenburg, the artworks will be a temporary visual presence of the exhibition in the public space. The works will be physically and visually accessible to the audience during the entire month of October or as long as they withstand the elements of nature and human interaction.

Opening: Saturday 3 October at 12–5 pm. Welcome speech at 1 pm with director Mia Christersdotter Norman and curator Oscar Ramos. We follow recommendations from The Public Health Agency of Sweden regarding the coronavirus and limit numbers of visitors if needed.

Oscar Ramos is a curator and artist based in Gothenburg. He is the co-founder of NSFW/SVILOVA, a contemporary art platform that since 2013 hosts an international online exhibition program and a series of offline exhibitions and artist talks. Ramos has worked with artists such as Hito Steyerl, Eric M Nilsson, William Basinski and Lina Selander among others. 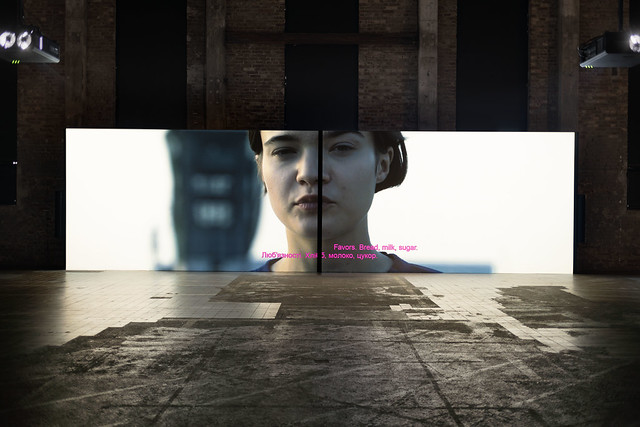