Vivian Caccuri uses sound in her installations as a vehicle to combine experiments in sensory perception with issues relating to histories of colonization. A Soul Transplant is a sound and light installation, exploring stories about the interdependencies between humans and mosquitoes.

About A Soul Transplant – Vivian Caccuri

In A Soul Transplant, Vivian Caccuri proposes a narrative to re-bond with these insects whose buzz is hated by our ears. The installation refers to a mythical past where humans were immortal and without singular personalities, indistinguishable among themselves like termites or rice grains. But the spirits of malaria, yellow fever and other arboviruses entered the mosquito body, turning them into killers of humans. And what could be a tragedy, became instead the rise of the individual. In Caccuri’s delirious myth, it was only right after the loss of their immortality and unlimited collectivity, that humans started to experience fear, love, anxiety, courage, ambition, a sense of belonging, loneliness, a sense of time, and so on…

The composition for A Soul Transplant was written by the artist and recorded during a residency made in collaboration with Resurscentrum för konst and Studio Acusticum in Piteå (a part of Swedish Lapland Artist in Residency). Played mostly in the dark in a multi-channel large-scale sound and light installation, it combines human voice, pipe organ, mosquito sounds and wind instruments.

Vivian Caccuri was born in São Paulo, Brazil, 1986. She has developed projects in many cities in Brazil and abroad, including Manaus (in the Brazilian Amazons), Accra, Detroit, Helsinki, Vienna, Venezia, Kiev, Valparaíso, New Mexico, and many more. Throughout her career she has collaborated with different musicians such as Arto Lindsay (USA/Brazil), Gilberto Gil (Brazil), Wanlov (Ghana) and has recently released her first musical project (Homa). Her sound works and compositions have been broadcasted in radio stations such as Resonance FM (London), Kunstradio (Vienna) and Rádio Mirabilis (Rio de Janeiro). Vivian Caccuri has participated in the 36th Sao Paulo Biennale (2016) and in the Kochi-Muziris Biennale (2018). At Princeton University she wrote her first book “Music is What I Make” (2012), published in Brazil and awarded by Funarte Prize of Critical Production in Music in 2013. Lives and works in Rio de Janeiro, Brazil.

Performance by the artist Vivian Caccuri, starting with a live piano prelude played by Sven Lidén, and a voice intervention by the artist telling us about mosquitoes, the surge of yellow fever and malaria, and how these insects fell in love with the human blood and sugar.

Duration: 40 minutes.
This project is made in collaboration with Resurscentrum för konst and Studio Acusticum, a part of Swedish Lapland Artist in Residency 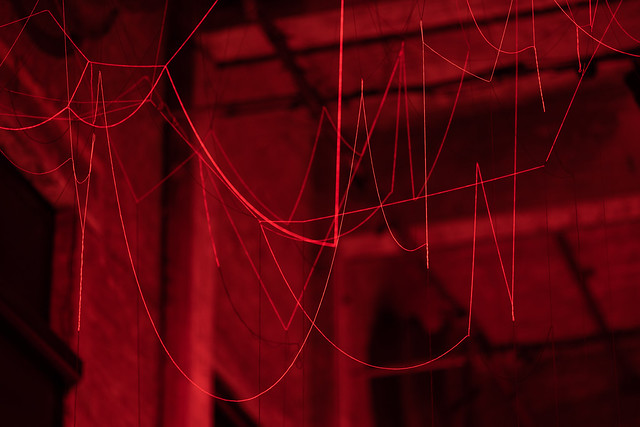